Recommendations from My Recent Reads by Charlie N. Holmberg

It’s been a little while since I last had a guest post on my blog, so here’s fellow 47North writer, and all round awesome person, Charlie N. Holmberg.

Take it away, Charlie.

I love a good book. Who doesn’t? So when Steve invited me to guest post on his blog, I thought I’d share some of my favorite books from the last few months and spread the reading love!

Cruel Beauty is a retelling of Beauty and the Beast, with a bit of a Rumplestiltskin flare. I loved this upper-YA read because the protagonist has nursed a hateful streak in her heart over eight years, and she’s sent to marry a “hateful” demon with the intention of killing him and saving her country. There are some great twists and character developments in this novel, and the way Hodge pieces together the ending is perfect.

Dad is Fat by Jim Gaffigan

This is my first Audible.com book! I’m a huge Jim Gaffigan fan, though I admit this is more a satirical book on parenting then standup-on-paper. But it’s an enjoyable read/listen, especially if you’re a parent (actually, if you’re not a parent, you probably won’t enjoy it as much. Recommended for parents!). It’s clever and a dash sentimental, too.

Shadows Beneath by the Writing Excuses Podcast Team

Shadows Beneath is the new Writing Excuses Anthology, put together by Mary Robinette Kowal, Howard Tayler, Dan Wells, and Brandon Sanderson. The quirky thing about this book is that it includes a transcription of the brainstorming sessions for each short story, as well as the stories’ first drafts and edits. It’s interesting if you’re a writer, or even just an avid reader.

I really enjoyed three of the four short stories, with Kowal’s “A Fire in the Heavens” being my favorite (“Sixth of Dusk” by Sanderson is a close second). And the cover is fantastic to boot! 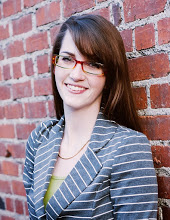 Homegrown in Salt Lake City, Charlie was raised a Trekkie with three sisters who also have boy names. She writes fantasy novels and does freelance editing on the side. She’s a proud BYU alumna, plays the ukulele, and owns too many pairs of glasses.

So, based on the number of messages I’ve received recently, I guess some people are wondering what’s going on with Hellequin Chronicles book 4, Prison of Hope.

Right, well it’s been written and will be with my publisher soon. Then the fun part of  editing takes place. I don’t have an exact date for it’s release yet, although the beginning of next year is a good bet.

On the plus side, I should have news for the release dates for books 4 and 5 soon.

On the minus, there probably won’t be a novella out before book 4 as I simply don’t have time at the moment. I do have plans for future novellas, but they’re a sort of time willing basis.

Update 2 will be as soon as I get more info, but until then I hope this at least lets everyone know where things are.

Posted in Prison of Hope, Writing

I saw the trailer for Dracula: Untold yesterday. I’d seen people on Facebook making happy faces at it for a few weeks now, but shrugged it off as yet another depressingly dreadful vampire movie.

The trailer is actually pretty good. A nice mix of vampire and non vampire Dracula. The big draw here is Luke Evans.

If you’ve never seen No One Lives, it’s a fun horror film, where Luke plays… well, basically the nastiest, most horrific badass.

He’s an unrelenting villain who enjoys creating terror and fear. It’s not the greatest horror film of all time, but it’s an entertaining 90 minutes. But more importantly Luke steals the show. And that lends me hope that he’s the perfect fit for Dracula.

I hope the new Dracula film is good, I really do. I love vampires when they’re scary. And I’d rather see more like Angelus, or the Dracula of old, than those that sparkle when it gets sunny out.

This post has nothing to do with writing. Well, at the moment it doesn’t, maybe toward the end I’ll throw in an anecdote and it’ll be witty and clever, and I’ll look back on this opening and wonder why I didn’t think of it earlier. Or I’ll mention I’m an author and feel good about dropping it in. But at the moment no writing.

I’m 34 years old (35 in a few weeks) and a few months ago I took the steps to start driving for the first time. Being 34 and being unable to drive never really felt that weird, I live near a big city, there’s lots of public transport, so I wasn’t too concerned.

But I have 3 kids, and a new career as an author… 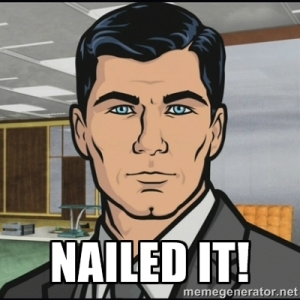 Anyway, it’s become evident that I need to learn to drive. So I’ve set about having lessons. I passed my theory a few weeks ago and today I set my practical test for a few months time. It was a nervous moment, knowing I have this test in a few months, but I feel okay. I’m going to to suggest that I’m some sort of genius when I get behind the wheel. Unless you count stalling it, I’m damn fine at that, but for 14 hours of driving time, I feel fairly confident I’m not going to mount the pavement and squash someone who annoyed me. Yet, anyway. We’ll see how much pedestrians keep annoying me.

Seriously people, watch the road, not your damn phone. Also to the people who beep me because I’m not going fast enough. Firstly, I’m obeying the speed limit. Secondly, I’m in a car with a big bloody great ‘L’ on top of it, give me a break. And lastly, you see that gear stick right next to you. Well, you can just shove it up your ass.

Anyway…to be honest, I’m quite enjoying driving (apart from a few other ‘drivers’), something that whenever I mention it to people who have driven for a while their response is either, “it’s awesome, you’ll love it” or “that won’t last.” Apparently the act of driving is incredibly polarising. Who knew?

So, that’s what I’ve been up do. Learning to drive being all grown up and stuff. I guess it took longer than usual, but it’s actually okay.

Oh, yeah, I’ve been editing book 4 too. I promise I’ll have a release date soonish for everyone. Book 5 should have one too. Just to drop that in at the end there.

Have a good week, all. I’ll be back soon.