I friend of mine on Facebook tagged me in a challenge to name 10 books that have stayed with me. Not necessarily the best 10, or anything like that, but the ones that affected me. Also there’s no comics here, although I’m considering doing one of those separate. These are in no particular order.

1. Men at Arms – Terry Pratchett. My first Pratchett book. Not even close to being my last.

2. It – Stephen King. My first King, and probably my favourite of his work.

3. Of Mice and Men – John Steinbeck. I read it at school and it has stayed with me ever since.

4. Altered Carbon – Richard Morgan. After a long time of not reading Sci-Fi, this was what made me come back.

5. Legend – David Gemmell. This was one of the books that made me want to write. It taught me a lot about pacing and character and action.

6. Study in Scarlet – Sir Arthur Conan Doyle. I was 9 or 10 and it started a love of reading the adventures of Sherlock Holmes.

7. The Girl with all the Gifts – Mike Carey. The newest book on the list, but the only book I’ve read this year that I had to take a break from reading for a few days, just to let it all sink in. I think this will stay with me for a long time.

8. The Lies of Locke Lamora – Scott Lynch. A fantasy heist novel, that’s easily as cool as anything I’ve ever read. 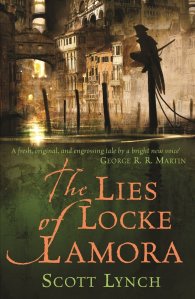 9. Red Dragon – Thomas Harris. It would be here for the setting on fire scene alone. 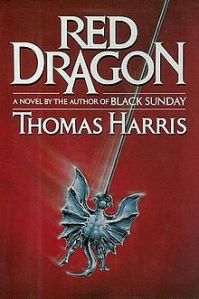 10. Dead Beat – Jim Butcher. I’ve loved all of the Dresden books, but Dresden riding a reanimated T-rex? You’ve got to believe that’s the kind of thing you’ll remember.

The Road to Waterstones

Some of you may know that my books are published by 47North, the Fantasy, Sci-fi and Horror imprint from Amazon Publishing.

For many reasons, most of which I barely understand, most shops don’t stock Amazon Publishing’s authors. It’s a bit crap, but there’s very little I can do to change that. Or so I thought.

In May I got a phone call from Mike, who works at Romford Waterstones (a place in London). He told me that people were coming into his shop and asking for my book, which as it wasn’t stocked by Waterstones he couldn’t give it to them. He asked if it was okay with me if he arranged for my books to be on the Waterstones system, I said yes and went away with a smile.

A month later, I got another e-mail. Mike said he wanted to update me as to how the books were doing. Apparently they were selling out of the store as quickly as he could get them in. This was awesome. He then said that other stores in his area would be stocking them too based on how the sales had gone. They were going to get books 2 and 3 stocked.

This was awesome. I have my books for sale in a shop that isn’t meant, due to aforementioned boring reasons, to be selling my books.

Other than the warm glow this gave me, I thought very little more about it for another month. Then I was in Waterstones in Doncaster.

I thought, lets test this out. So I went to the desk and asked if they had my books. They looked on their computer and said no, but that they’d get them in store for me if I wanted a copy. There was then the slightly weird exchange as I explained who I was, and that I wasn’t in fact trying to buy my own book. They gave me some advice. Go back to the Southampton branch, explain who I am and see if they’ll stock the books.

Well long story short (which is something I probably should have started with), they said they’d love to. So on 18th September at 5pm there will be a launch party for Crimes Against Magic in the Southampton West Quay.

It’s a fairly astonishing thing to consider. Especially when I’d pretty much decided that there was no way Waterstones would ever stock an Amazon Pub Author.

Turns out I was wrong.

In this case, that’s a pretty cool feeling.

So, here’s a Facebook link to the event (or click the covers above). If you’re about then pop in and say hi, or buy a book. I’ll sign it and everything. There’s even going to be free wine, which depending on how long after it starts, depends on how good my signing will be.

Thanks to everyone who helped make this possible. To Waterstones staff, Mike in particular, for starting this road. To West Quay Waterstones staff for being awesome. To 47N and Amazon Publishing for basically being pretty damn cool publisher. To everyone who loved my books enough to tell their friends and family about them. To those who went into a store and asked to get a copy. I hope to see some of you there.

Guardians of the Galaxy – my review

I’ve just gotten back from seeing Guardians of the Galaxy and thought I’d leave a quick review. I love the GotG comics, especially the Dan Abnett and Andy Lanning version of the comic, so I’ve been looking forward to this for some time.

So here’s my review of the film.

It’s not only one of the best films I’ve seen this year, it’s probably the best of all the Marvel comic book films. Seriously, go watch it.