I think the Seven Samurai is one of the finest films of all time. I love the story, the comradery of the characters, the acting, the setting, and the directing. In fact I love pretty much everything about it, but the other thing I love about it is that it’s inspired so many other films, and most of those films have been good. A Bugs Life is one of my favourite Pixar films, and the original Magnificent Seven is pretty much timeless. 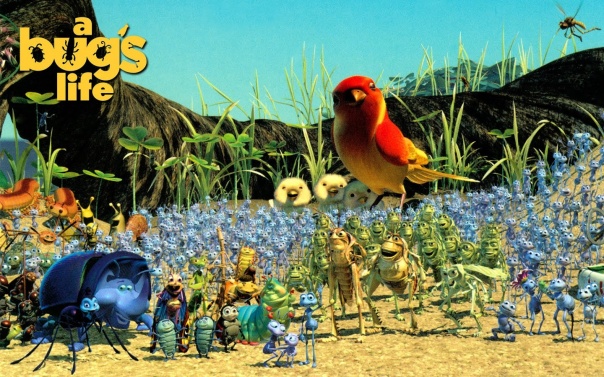 But while most re-makes of classic films have me rolling my eyes at the idea—at least to begin with—I never did with this re-make. In fact, I was really looking forward to it.

There were a few reasons for this; Denzel Washington is one of the finest actors ever, Chris Pratt is always entertaining, Lee Byung-hun is a great actor who has done some brilliant films (The Good, The Bad, and The Weird being a favourite of mine). Antonie Fuqua makes films I for the most part enjoy, in fact apart from the dreadful King Arthur, I’ve always at least been entertained by what I’ve seen.

And then there’s the whole western theme. I love a good western. Unforgiven is one of the greatest films of all time, but I’m also glad they’re not done to death anymore, and that people are doing new things with the genre (Bone Tomahawk for one). Now, Magnificent Seven doesn’t really do anything new, but it what it does is fun and exciting. 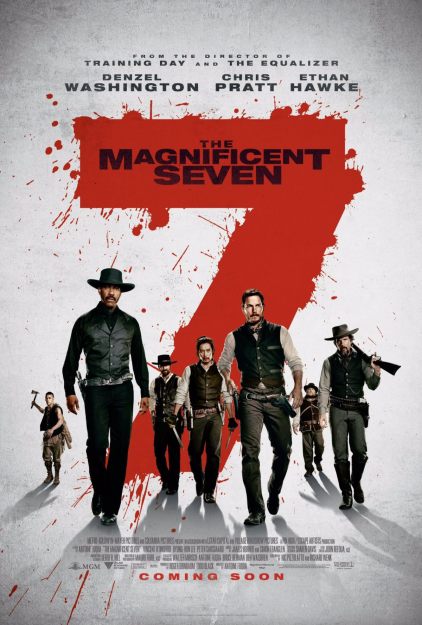 I do have a few problems with it though. Several of the Seven are under-used, Lee Byung-hun being one of them, but also Martin Sensmeier. They feel like they could have used more time. This is the same for Manuel Garcia-Rulfo and Ethan Hawke, both of whom have interesting characters, but are put in the background for the most part for Denzel and Chris.

Denzel and Chris are both good in this film. Chris Pratt gets a little close to playing Chris Pratt on a few occasions, but as he’s so entertaining I forgive it. Denzel is great, but he’s always great, and his real motivation for joining this group is only hinted at throughout most of the film. The problem is when the revelation comes; it doesn’t feel like the gut punch it’s meant to. It feels like it’s just added to give more to the scene.

Peter Sarsgaard was the villain of the piece and he was… okay. He’s a bad guy who has one part to his personality, and that’s to be a bad guy. I prefer my villains to be a bit more rounded, but he played the part well enough, and I was nice to see him get his comeuppance.

Vincent D’Onofrio really was magnificent, playing a softly spoken character who was almost a force of nature.

Lastly, Haley Bennett was great, really enjoyed her performance, although I wasn’t such a big fan of making her really strong for 90% of the film, and then a cowering damsel in distress when the plot called for it. That sat a bit strangely for me. 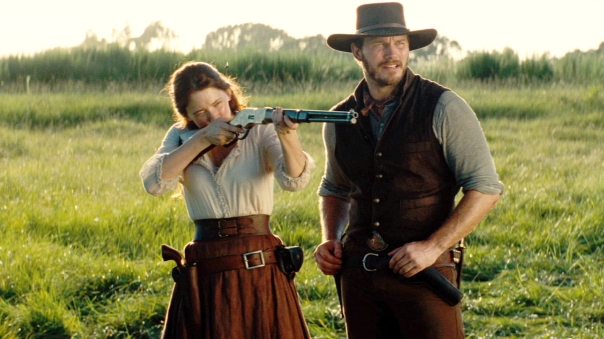 But where this film shines is the cinematography, which is stunning, and the action, which is pretty much phenomenal. The gun fights in this film are breathtaking, and the scenes with hundreds of horses running toward this small town is genuinely a brilliant piece of cinema.

So, it’s not really magnificent. It’s good. It’s certainly entertaining, and Denzel was great, but it never got over that good rank. There were times when I thought it would go to great, and I was really hoping for it, but it never quite managed it. It’s certainly worth a watch, as it’s fun and action-packed, and I hope it does well at the box-office, as it deserves to, but it’s not going to go down in history as an all-time-classic.

And it’s out. As of right now, Promise of Wrath is available to buy and read on Kindle or Kindle App. The paperback and audio versions will be out in November.

Whether you’ve read my work before, or are new to my books, if you decided to give this a try, I hope you enjoy it.

Also, my other 5 Hellequin books are also on sale, so if you’ve never ready anything before then you can get a lot of story for not a lot of money. 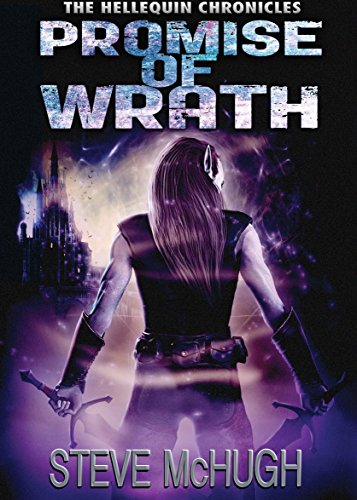 Posted in Promise of Wrath, Writing

For those of you who didn’t know, the sixth Hellequin book, Promise of Wrath, comes out in under 2 weeks. Here’s the cover.

To build up to this occasion, my other Hellequin books are on sale in a variety of countries. if you haven’t picked up any of my books before, or you haven’t read them all, now is the time. Here are the links!

If any of your decide to take the plunge, so to speak, I hope you enjoy your time in Nate Garrett’s universe.

And for those of you who haven’t pre-ordered Promise of Wrath you can use the links above to go do that too.