I can finally reveal the cover for the final Hellequin book, Scorched Shadows in all it’s stunning glory.

In the final chapter of the Hellequin Chronicles, secrets will be revealed, friendships will be tested, and destinies will be fulfilled.

Avalon is under siege. A shadowy cabal, headed by a mysterious figure known only as “My Liege”, has launched a series of deadly attacks across the globe, catching innocent human bystanders in the crossfire.

Emerging from the debris of battle, Nate Garrett, the sixteen-hundred-year-old sorcerer also called Hellequin, and his friends must stop My Liege once and for all. But powerful forces stand in their way. To save Avalon, they will need to enlist the help of Mordred, once Nate’s greatest nemesis, now his most formidable ally. But Mordred is grappling with a dark prophecy that could spell Nate’s doom…

The fate of the world hangs in the balance. Even if Nate can halt the war, will there be anything left worth saving? 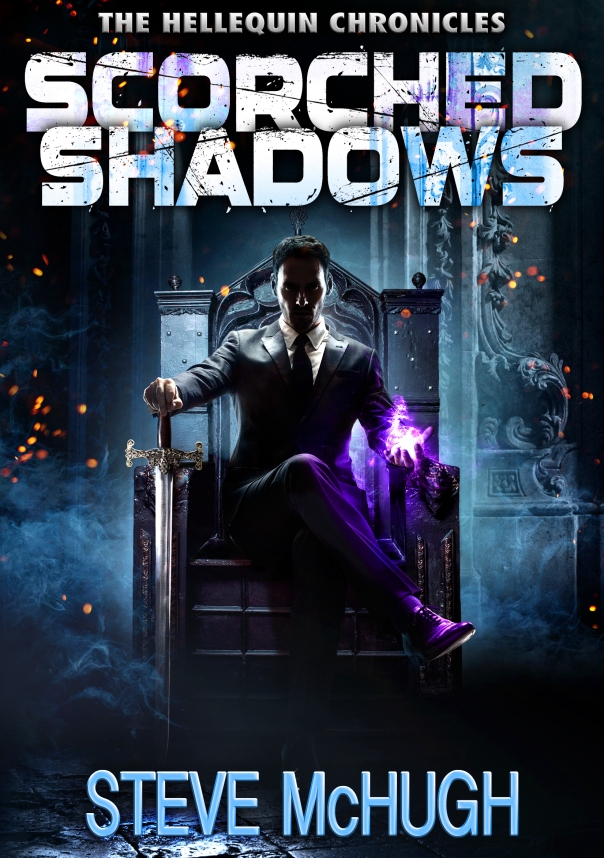 To pre-order this book, use the links below.

I’ve just put up a new Youtube video where I talk about the competition winners from the previous video, and go through the sales my books are currently in.