Catch-up: Books and Ask Me Anything

So, Scorched Shadows has been out in all formats for a while now, and for the most part it appears to have been well received. Thank you to everyone who enjoyed it and took the time to contact me, or left a review/rating. It’s very much appreciated.

As most of you will probably know, Scorched Shadows is not the end of the story, although it is the end of Hellequin. The story continues on in the Avalon Chronicles, the first book of which is out on 1st April: A Glimmer of Hope. The cover of which is below. 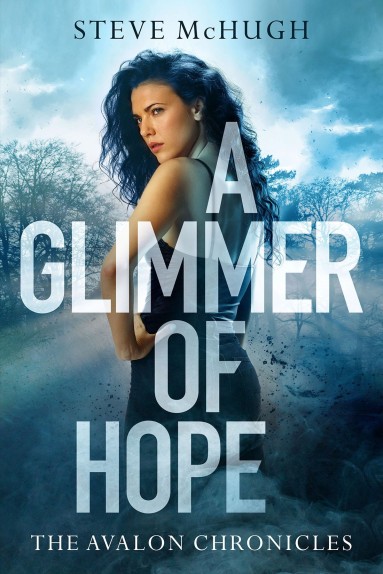 From Steve McHugh, the bestselling author of The Hellequin Chronicles, comes a new urban fantasy series packed with mystery, action, and, above all, magic.

Layla Cassidy has always wanted a normal life, and the chance to put her father’s brutal legacy behind her. And in her final year of university she’s finally found it. Or so she thinks.

But when Layla accidentally activates an ancient scroll, she is bestowed with an incredible, inhuman power. She plunges into a dangerous new world, full of mythical creatures and menace—all while a group of fanatics will stop at nothing to turn her abilities to their cause.

To protect those she loves most, Layla must take control of her new powers…before they destroy her. All is not yet lost—there is a light shining, but Layla must survive long enough to see it.

You can pre-order it here:

Now, the book will be out on Hardcover/ebook/audible all on the same day, which I know will make some of you very happy. But I also know that some of you have questions about the Hellequin books/Avalon/ and the future of the story. So, I’m going to do another Ask Me Anything.

So, you can contact me here with a comment, or by email or though Twitter/Facebook, but if you have a question about the books (any of them), the characters, me, my writing, or anything else then let me know. I’ll keep this open for about a month, and then in March I’ll do the AMA.

If you haven’t yet seen the last one, it’s here on Youtube

So, that’s it for now. I’m off to finish the 3rd Avalon book.